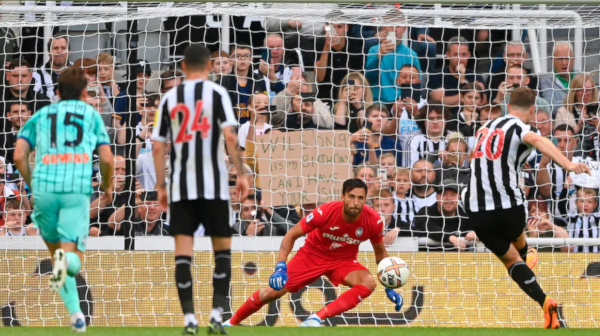 39 mins The tenacity of Ryan Fraser saw him gain possession of the ball from Nadir Zortea on the United left and win a corner off the same opponent.

Fraser's quickly-taken flag kick on the same flank reached Sean Longstaff on the edge of the box and his short pass found Elliot Anderson in the box. He was then went to ground via a combination of Ederson and Marten De Roon.

Chris Wood stepped up to stroke the resulant spot-kick into the left side of the Leazes goal, sending the 'keeper the wrong way. 1-0

"I was very pleased with the game and the high quality of it.

"We picked our opponents for a really tough test, we didn’t want easy wins. Pre-season is about testing the players to the maximum of our abilities because there will be no shortage of quality when the season starts for real.

"It was really good opposition and I’ve got huge respect for their manager and the job that he has done. They are a top quality team so we knew we had to perform tonight.

"That was a really good ending because we needed to dig deep to see the game out.”

"He’s performed very well. No decision will be made on his future until towards the end of the transfer window, probably the last few days.

"At the moment, it certainly looks like he’s going to stay with us, because of how he’s performing.

"(He) did well for the penalty, could’ve scored with a long-range shot.

"For me, during pre-season, he’s got better and better. So great signs for him.

“I knew his quality and last year we couldn’t give him the opportunity - now he has returned a better player from Bristol Rovers.” 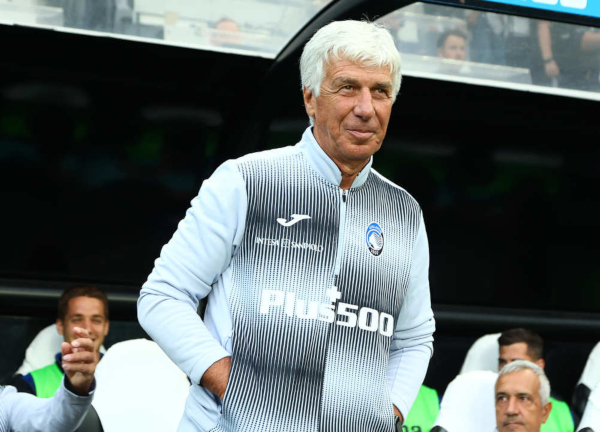 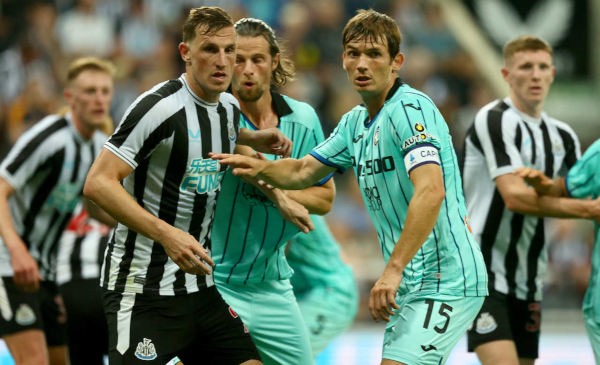 The largest crowd for a home pre-season friendly in almost 20 years saw Serie A opposition defeated on Friday, thanks to Chris Wood's first half penalty success.

That eye-catching turnout of 40,596 fans will be eclipsed by greater numbers set to gather for the visit of Bilbao on Saturday - but anyone not at tonight's game missed out on seeing what looks like a star in the making.

Elliot Anderson's previous appearances at Gallowgate had come in sparsely-attended youth and reserve games, but tonight's senior home bow deservedly thrust the 19 year-old into the spotlight.

Two early touches were miscued, but by the end of the opening half he'd found his feet - and conveniently lost them in the Atalanta box to earn that spot kick.

Anderson looked ever assured after the break - and can count himself unfortunate not to have ended his 90 minute shift with both an assist and a goal. His reading of the game is evident - and potentially priceless.

In truth there wasn't much goalmouth incident to excite those present; one first half cross for Wood over-hit and Jacob Murphy failing to profit from another one v one situation with the goalkeeper.

Dividing the squad into two for the home double-header resulted in a bench well-stocked with U23s and a starting line-up that were visibly tiring.

Atalanta meanwhile made wholesale changes in the 64th and 78th minutes - gaining impetus from the second set of substitutions and forcing United to defend in numbers.

Defend they did though and Nick Pope posted a clean sheet on his SJP debut; making two decent stops and grateful to Matt Targett for intercepting a dangerous centre from the Atalanta right late on.

There were injury scares for full back duo Kieran Trippier and Targett in the first quarter of the game, but both completed 90 minutes after treatment on the field.

The story of the night - apart from Anderson - was the crowd though, present in their multitudes to witness what was a completely meaningless kickabout.

Try telling that to those clad in new shirts and proudly waving flags though. Their fervour inflated this into occasion at least the equal of the League Cup home ties that have routinely given younger fans a first taste of watching us in recent years.

Such is the revival round these parts post-Ashley that games like this will be the only chance many have of getting in here at all - and that's before efforts to build a global fanbase have seriously begun.