There were competitive club debuts for central defender Alex Murphy and left back Jordan Hackett following their pre-season acquisitions.

The Ashworth in the West Bromwich Albion side was Zac Ashworth, the 19 year-old son of current NUFC Sporting Director Dan. Zac joined the Baggies Academy in 2012, just as his father was leaving his post at the Hawthorns. 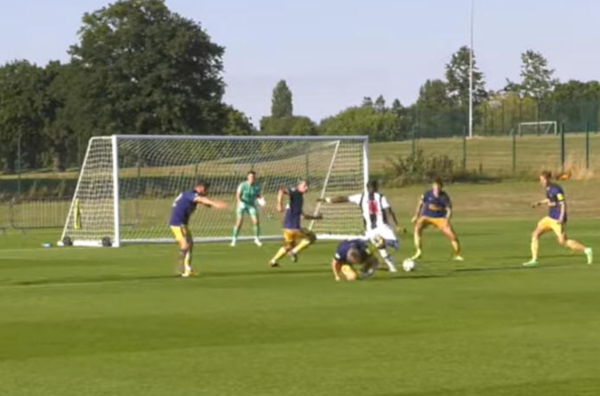 There was a losing start for United in their PL2 opener on Monday, as the Premier League competition reverted to the U21 age group after six seasons of U23 classification (although over-age players are still permitted).

The Magpies became the first side to wear the club's latest blue change kit in the evening sunshine at Albion's Palm training ground.

United opened the scoring through Michael Ndiweni on 70 minutes, seconds after arriving from the bench. The visiting striker charged down a clearance from Welsh youth international 'keeper Ronnie Hollingshead just outside the six yard box and the saw the ball rebound into the goal.

Back came the Baggies though, Reyes Cleary jinking his way to the edge of the Newcastle area before converting with a low right-footed effort that took a slight deflection on 87 minutes.

The visiting defence was breached again just two minutes later; a crossfield ball finding Cleary unmarked on the left side of the box. He cut infield to evade a recovering defender and planted the ball past Max Thompson to complete the comeback for Richard Beale's side.