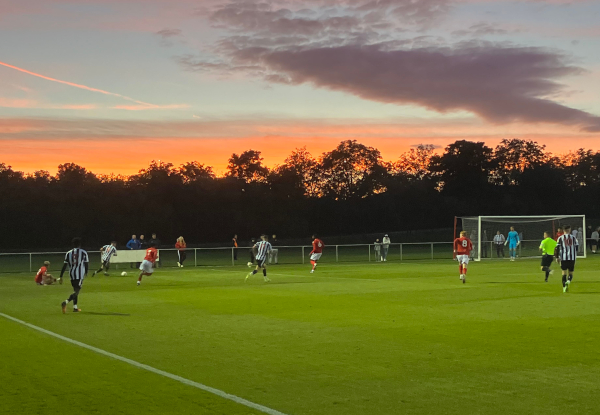 A brace from Josh Scott was enough to give an under-par United victory at Whitley Park in PL2 on Friday night.

However it was another Scot who played a major role in claiming all three points - home goalkeeper Jude Smith, who hails from north of the border.

Playing only his fourth game since signing from East Fife, the teenager time and again denied Forest the goal that their approach play had warranted.

Smith and Forest's Dave Taylor waged their own personal battle for much of the game; the visiting forward firing wide of the target early on before seeing four on-target efforts saved by the custodian.

At the other end, Scott was in the right place to convert the rebound after George Shelvey blocked Remi Savage's header from a 12th minute free kick into the box.

Scott's second of the game arrived in fortunate circumstance seven minutes after the break, Shelvey slipping and missing a pass back that was rolling wide of the target before the Newcastle midfielder nipped in to knock home.

Pointless from their opening three PL2 games, Forest threatened to make a game of it when Loic Mbe Soh nodded in Ateef Konate's 71st minute corner.

However the equaliser wouldn't come despite five indicated minutes of time added on turning into seven - the lively Konate jinking his way forward only to blast over with team mates pleading for a pass.