There was a reserve team debut for 17 year-old striker Ben Parkinson, who came off the bench in the closing stages of the second half.

"We worked hard and the effort was there but that's what you should expect in any game of football to be honest with you. Certain things, we need to better at in these games.

"Possession, it was similar to when we played Doncaster, we moved the ball around reasonably well but we don't get anywhere and don't create a great deal. In the normal Under 21 games that we play we do. So it is a mindset. We need to do what we do in our normal programme.

"The experience of coming here is fantastic for young players and even for me you learn a lot but maybe we don't learn as much as we should be. There's parts of the game we can be pleased with but when we have the ball we need to better with it, especially higher up the pitch."

"He’s slowly on his way back. There are bits in his game tonight which have been good, but we’re not going to settle for that, we want more.

"The expectations of Joe are really, really high, so, without putting too much pressure on Joe, he’s got to understand where he is and where he’s at.

"He’ll eventually get to the form he showed last season. He’s not too far away from it. The games will help it. I think that was his first 90 minutes: that’s good for him to get 90 minutes under his belt. He’s just got to build on that moving forward." 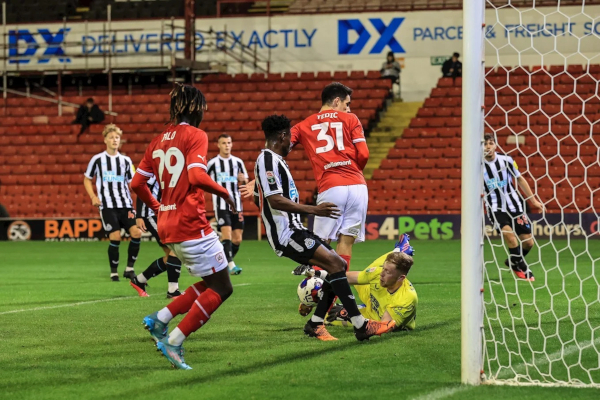 A rearguard action from Newcastle U21s failed to prevent them slipping to defeat in the EFL Trophy at Oakwell on Tuesday.

A quiet opening saw Kyle Crossley cut the ball back to Jay Turner-Cooke, whose sixth minute shot cleared the bar from just outside the box.

The Tykes began to threaten more as the half wore on, United's Jude Smith superbly turning Slobodan Tedic's effort from eight yards out round a post.

That came seven minutes from the break and from the resultant corner, Barnsley's Joe Ackroyd headed against the crossbar. Smith then denied Tedic again from point-blank range in the closing seconds of the half.

The visiting goalkeeper was called into action again five minutes after the restart to deny Josh Martin as United continued to soak up pressure and restrict the home side to half-chances.

Newcastle's resistance was broken on 79 minutes when Ziyad Larkeche's long-range effort deflected into the path of Jack Butterfill ,who lashed the rebound home from inside the six yard box.

Elsewhere Doncaster Rovers won 2-1 at Lincoln City - a result that left United bottom of Northern Group E. Qualification by finishing second is still possible, but will require Barnsley to lose at Doncaster on October 11th followed by a Magpies victory at Lincoln on October 18th.

(None of the Barnsley line-up were in the starting XI that defeated Cambridge United 3-0 on Saturday in League One).

Thanks to our man in the stand, GW.