The defeat left United pointless in Group E after two games and in the group's other game Sheffield United beat Bristol City 2-1.

The two sides last met at reserve level in the 2020/21 season; both PL2 games going the way of the hosts. United lost 0-3 in South London but won 2-0 on Tyneside. 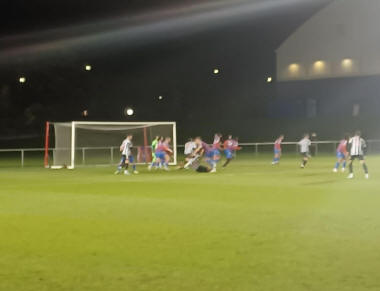 Newcastle's U21 side entertained their Crystal Palace counterparts on Monday evening in the Premier League Cup at Whitley Park and were beaten by a second half strike.

A quiet first half saw United come closest on the half hour when a James Huntley shot took a wicked deflection that almost caught out Joe Whitworth but the 'keeper gathered by the post.

After the break Joe White had a powerful long range effort held by Whitworth.

The deadlock was broken in the 53rd minute when Palace's John-Kymani Gordon cut in from the left and curled a fine effort beyond Smith.

Just before the hour Niall Brookwell drove the ball across the goal from a right wing corner but the shot was cleared off the line and two minutes later Lewis Miley pulled the ball back to Josh Scott who blazed over with the goal gaping.

White had another long shot in the 74th minute which looked to be arrowing towards the top corner but it was spectacularly turned round the post.

Many thanks to GW.