15 mins:  A long punt forward by 'keeper Waterreus was flicked on by Vennegoor, who beat Woodgate to the header. There seemed little danger as Hughes and Kezman chased the ball. Hughes made an almighty hash of the clearance which let in the PSV man. Still faced by Bramble Kezman looked up and chipped the ball over Given into the far top corner. 0-1

45 mins:  A controversial free-kick was awarded to Bernard for a body-check by van der Schaaf. Robert swung over a free-kick to the far post and Speed and Jenas jumped together with the final touch from JJ bemusing 'keeper Waterreus. 1-1 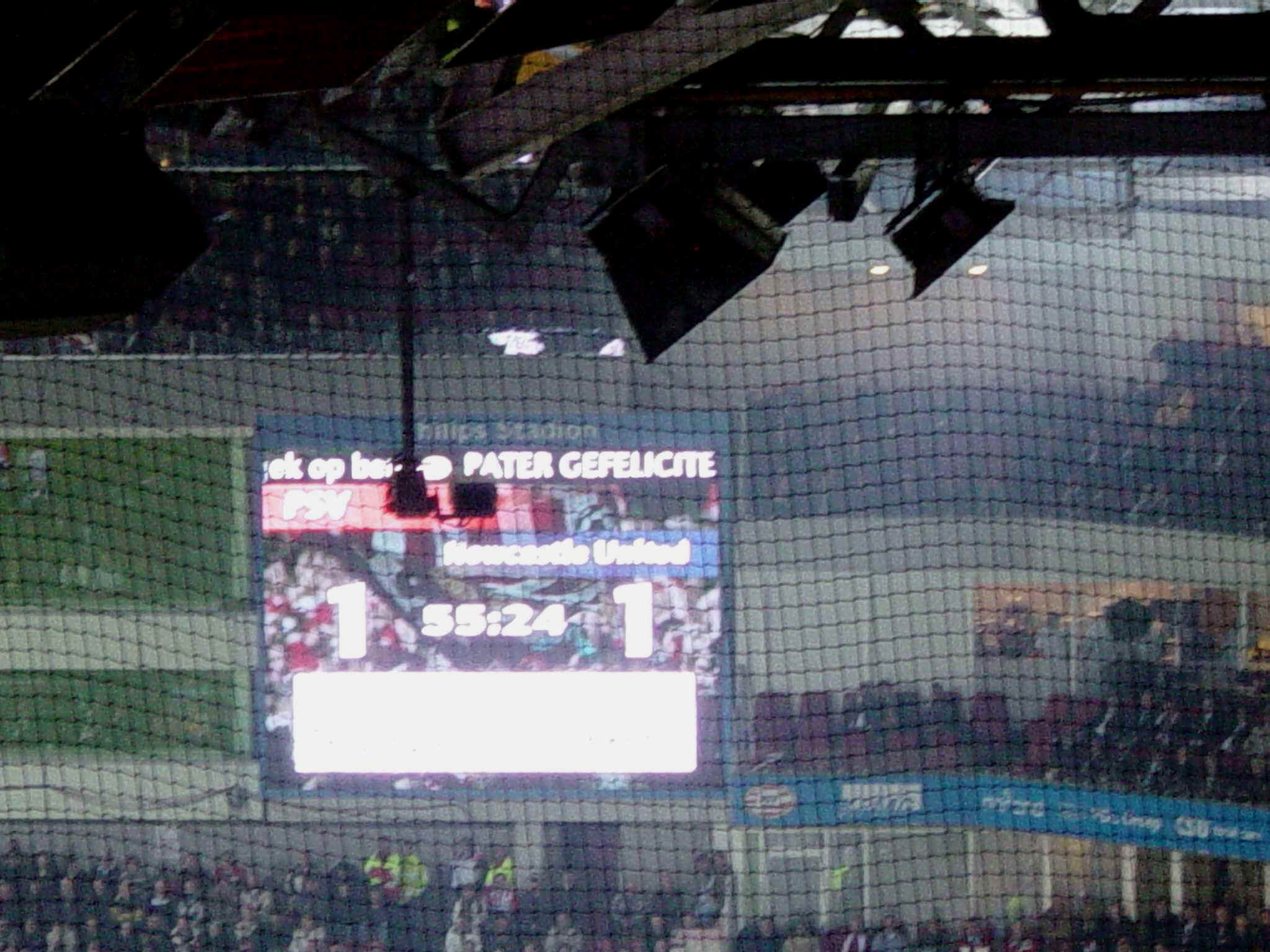 "We conceded one goal, but Shay Given didn't really have to make any sensational saves.

"We protected him well, we defended the box well on corners and free-kicks, which they seemed to have a large number of, and nobody ever won any vital headers, just one in the second half when Shay made a good save.

"That was about the only chance, the only time we lost the ball in the air, and in that sense, we defended well.

"The tie, in my opinion, is still very open, it's for both teams. At 1-1, it's anybody's game and the team that makes the chances and scores the chances in the second game will go through, no doubt.

"I didn't see anything. It was just a normal action in the box from a corner. I didn't see that there was anything that was not legal."

"There were some strange things going on in the last five minutes of the first half. In the second half, we had control but we couldn't get the second goal.

"The next match on Wednesday is going to be very open again, but we have to fancy our chances."

"I have not seen it, but they have seen it on television and there is a clear elbow. I think in this case, Uefa will make a judgement on the elbow.

"When they see an incident like that, they can see it clearly on television. I was not happy, because of this incident, with the referee.I felt he was chasing one or two players from my team, which I didn't like very much. It's not an international standard.

"My team should have dealt with it better, but they fell into the trap. I thought the referee was chasing one or two players and I thought he was looking for van der Schaaf in the incident that led to their goal.

"I am not happy with that. I didn't think it was a foul."

Our 100th game in European competitions - counting the Intertoto and Anglo Italian Cups.

Jermaine Jenas got his first European goal and became the 56th player to score for us in Europe.

A first goal against PSV in competitive matches for United at the third attempt - our double Champs League campaign of 1997/98 saw us lose 1-0 here and 2-0 on Tyneside.