14mins: Boos from the City fans turned to cheers as contract rebel Joey Barton centred from the right and Jean-Alain Boumsong allowed the ball to fall to Albert Riera, who cracked home a left-footed volley. 0-1

38mins: Both Michael Chopra and Peter Ramage were found wanting as Kiki Musampa was allowed to cross to Darius Vassell, who teed up Andy Cole for an easy header. 0-2

62mins: An aimless little dink from the right by Nolberto Solano gave City the ball. Riera found Cole, who advanced forward and released the onrushing Vassell.

He sprinted into the box, drew Shay Given and then rolled the ball beyond him into the right hand side of the goal 0-3

"I am not a quitter and I will not quit.

"It is a fact we are in a relegation scrap. I cannot deny that. But this is not a time to feel sorry for ourselves, it is a time to show what we are made of.

"We have picked up one point from our last six games and I cannot defend that. It is not good enough.

"But my situation has not changed. I am not happy and we are all aware our futures are hanging on the need to get things right.

"We are badly lacking pace in the team at present - Kieron (Dyer) will give us that.

"You've been a lovely audience, it's goodnight from me.....so long and thanks for the dosh."

(OK, we made up that last line)

"It was a big game for us, I said to the players this morning that if we can win our home matches from now until the end of the season, it will push us in the direction of where we want to be.

"We have done reasonably well this season, and we have to keep beating sides that are below us in the league. There have been one or two distractions this week, but there weren't any for 90 minutes tonight.

"It's like with Joey, what with all the talking and the bits & pieces - that's irrelevant. Just play football, go out and do it to the best of your ability, and credit to him tonight, he did that.

"I'm pleased for Albert (Riera) to score, but they (the players) know that Joey's got too much to say for himself at times. They showed that they appreciated the lead-up play before the goal, and Joey's involvement in that.

"As far as I am concerned, with the negotiations and everything, let's put that all behind us now - it's about playing football. The one thing about Joey, to his credit, is that he loves playing football. That's what he should do, carry one, hopefully trying to come to a negotiation agreement with respect to contracts. I hope I am at this football club for years to come, and I hope he is as well, learning from me." 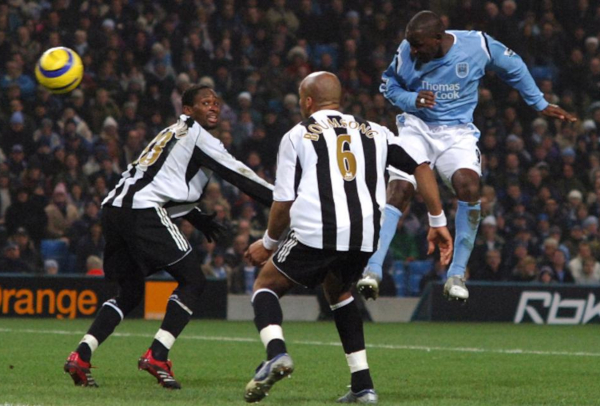 And so it ended as it began, with a 3-0 stroll for the home side, as Graeme Souness sat helplessly on the sidelines.

As it was in September 2004, the club he was about to leave were on the wrong end of the scoreline and in the old parlance, "lucky to get none."

Unfortunately for us in 2006, it's now those wearing black and white who are in a plight. We may have chuckled at the awfulness of the visitors that day, but nobody is laughing now.

And to be fair to many of the Ewood emailers who predicted sour times, they were proved right. Injuries, regrettable purchases, questionable departures and pitch-based controversies have all been visited on us as they were on the Rovers under his command.

Souness's side served up a similar performance here to that which we managed at Cheltenham, but against a team unsurprisingly better equipped to suppress our vague attempts at attacking and defending than the League Two outfit.

As ever, the result was barely in doubt once we conceded, but the manner in which we totally failed to get to grips with mediocre opposition throughout the game was to prove the final, fatal blow for the manager.

And it could even be argued that the substitutions of Cole and Vassell by Stuart Pearce saved us from a greater humiliation.

Quite simply this is a Newcastle team who don't look to have a goal in them. Lacking pace, enthusiasm and guile and tonight arranged into some sort of diamond formation which seem to bemuse all of those participating in it.

Once again we came into a game with an unbalanced formation that relied on Ramage single -handedly patrolling the right flank, attempting to repel City advances and provide width for our attacks.

We underachieved across the field tonight - absent in attack, ponderous in midfield, dozy in defence. A good side would have leathered us in our current shoe-gazing mode.

The final whistle saw some fans remaining behind to voice their frustrations, but most seemed to have gone past that and filed out in near-silence.

A day later though and a discernible lifting of the gloom followed the latest piece of axe-wielding by the Chairman, who it is believed did the deed by phone. Dial M for Manager, presumably.

The short-term relief will rapidly disappear though if players who were unable or unwilling to show fitness, form or professionalism for Souness aren't able to galvanise themselves for the new duo.

Undoubtedly there's talent in our squad, along with a hell of a lot of egos and bad attitudes - while Souness may privately curse the Shepherds, the scribes and the punters, he's entitled to feel betrayed by some of those he brought to Tyneside.

We're not quite in the proverbial yet and a rediscovery of some home form ahead of a rash of games at St.James' would improve our position.

But things need to turn round very quickly indeed - there's now no margin for error; the stakes are too great.

As well as the pressure of relegation on the club, for the Chairman the strain of making the right appointment has surely never been greater.

For Souness to have limped on would inevitably have seen more abuse of the "Sack the Board" variety surface.

Shepherd has acted to avoid that, having waited until the Cheltenham banana skin was avoided - had he done the deed before Whaddon Road, then he would have been shouldering the blame for any failure - not the caretakers.

In the eyes of some fans, Freddy is now on an unwanted hat-trick of poor decisions after the Robson departure and Souness arrival. The next appointment is pivotal to our future success (or survival), not to mention the future of the current administration.

Another run of the mill appointment will just see us revisit the Souness era, with people again openly speaking of the incumbent as a limited duration appointment: in other words having the bugger half way up the road before he's even taken his coat off.

The feeling remains that anyone who has the strength of character to drag this club into a position of respectability while restoring some much-needed credibility to the whole operation wouldn't come within a country mile of Barrack Road, such is our reputation as being a cartoon football club.

Bring in another run of the mill boss of the O'Leary/Bruce variety, not quite a puppet but lacking the gravitas to be genuinely principled, and that feeling would become a firm conviction.

Self-preservation has to come into it, which may see us make concessions to snare the required calibre of manager that we previously wouldn't have contemplated, certainly in terms of transparency and non-interference.

Freddy has to find his own "special one" this time, for his own sake.

In the meantime players and fans have to try and play (and sing) with pride and purpose, to get us out of our collective rut. The piety of Leeds before their fall from grace continues to have echoes at this club.