"Newcastle is a very, very strong side. But I'm very happy with the way my team played against them today.

"Not all of my players are fit, and I had new players, so I am quite happy with what they did against a strong side like Newcastle." 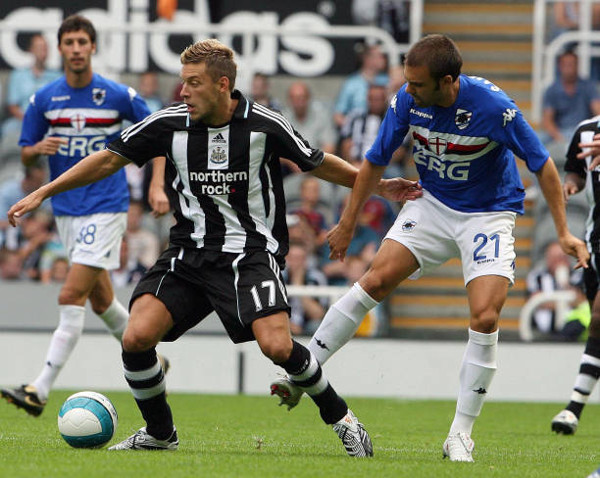 New boy Alan Smith marked the start of his third United career with a goal on his debut, as Sam Allardyce's side ended their pre-season on a high note.

However on a day when Newcastle welcomed back Shola Ameobi, Steven Taylor and Nicky Butt following their fitness issues, there was more bother in the fitness department.

With goalkeeper Tim Krul having only departed for Falkirk 48 hours previously, Shay Given was forced to leave the field in the first half with a recurrence of his groin problem.

A scan will dictate the extent of his injury but Steve Harper looks like being between the posts when we open up our Premiership campaign at the Reebok next Saturday - and with Krul apparently not-recallable, the untried Fraser Forster could find himself on the bench.

After a bright opening from the Italians which saw Given pull off a noteworthy save in the opening stages, debut duo Mark Viduka and Smith both came close to breaking the deadlock.

The second period saw Smith remain on the field while his former Leeds colleagues Milner and Viduka were replaced.

A debatable linesman's flag halted celebrations in the 51st minute after Smith netted from close range - but there was no disputing his firm header eight minutes later from Geremi's corner.

Genuine goal chances were lacking after that point, but Harper tipped over a late effort while Martins was spared the embarrassment of a point-blank miss by another linesman's flag.

Aside from the players used against Samp, new boy Cacapa was spotted warming up on the  field at the interval, while impending signing Jose Enrique watched the game from the Directors Box.

Injured duo Emre and Damien Duff were also seen at SJP on Sunday - the former having returned to England after treatment on his ankle injury in Germany.