76 mins Newly-arrived substitute Mehdi Abeid showed neat control and a cool finish in the box after being played in by Sammy Ameobi and slotted the ball past Gunok. The pair then unveiled a slightly curious goal celebration 1-0.

90 mins Fenerbahce belatedly levelled when Cristian Baroni hit a low effort from the edge of the box that seemed to beat Elliot all too easily (shades of a goal he conceded at Forest in the League Cup last season) and referee Paul Petho blew the full-time whistle shortly after the restart. 1-1.

"It was a game we should have won - there’s no doubt about that. It shows at this level that you can’t switch off. They are a Champions League team and that’s what we did, switched off.

"We thought we were cruising and should have scored a second goal, but it didn’t come. You need to see the game out with tenacity - we didn’t and they scored and it showed what it’s like.

"This could be a valuable lesson for us."

"For me, I’m really happy to score, Sammy gave me the ball in the box and I turned and shot. It was a good goal. I’m really happy and pleased to score for Newcastle. I hope to do the same in the next game.

"I like this position and I like to go forward. That’s what like doing. I did well and I hope to do well again and again every week. I hope to do better in the next game. I have to try to work hard every day to be better.”

"Newcastle seemed to be the more active team in the first 10 minutes, but we managed to control and dominate the game after that. I think a 1-1-draw is a fair result, considering both sides were equally effective at certain times throughout the game. I'm very glad that both teams played as if it was a competitive league time.

"Now we have two more preseason friendlies scheduled and our aim is to be competely ready for the upcoming match against Vaslui in the third qualifying game of the UEFA Champions League."

Game three of United's European tour saw them travel to Austria to face Turkish opposition in a game that at various times was alleged to be staged in Germany, the Austrian capital Vienna and latterly the Hungarian town of Sopron - just over the border from the eventual venue in Ritzing.

Our opening pre-season game in East Germany wasn't too different to visiting the likes of Carlisle, while decamping to Bavaria to face French opposition was slightly odd but not too far off the norm.

However the meeting of the Premier League's fifth-placed side and the Super Lig runners-up in a rural Austrian village proved to be a truly bizarre footnote in our history. 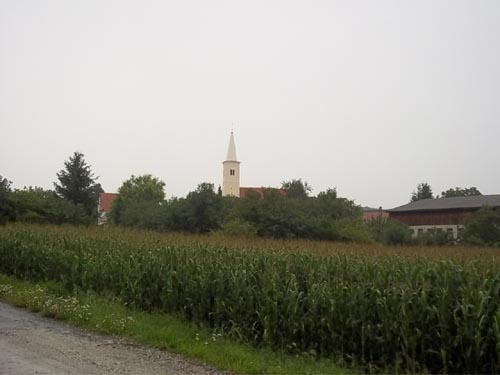 Quite why this sleepy settlement of less than 1,000 folks is home to a plush football stadium and state of the art sports complex is unclear, but for one day exiled Turks turned the area around the Sonnenseestadion into a mini-Istanbul - complete with the inevitable kebab stalls outside. 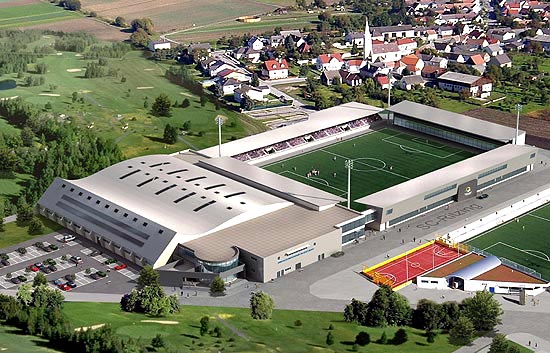 Previous behavioural issues with Turkish fans had caused the German footballing authorities to ban pre-season games involving their club sides - which was partly responsible for the wild goose chase that then ensued as to where this game would be staged (or even if it would be played at all).

Keen to increase their standing as a venue for pre-season training camps - with a claimed 15 teams from all over Europe in the country during this month - the regional government and Austrian FA allowed Fenerbahce to stage this and three other games in various venues.

However a larger police presence than usual for a game of this nature was drafted in, as well as extra stewarding. The atmosphere was never anything other than positive though, with bars round the stadium open all match and both sets of supporters able to mingle freely. 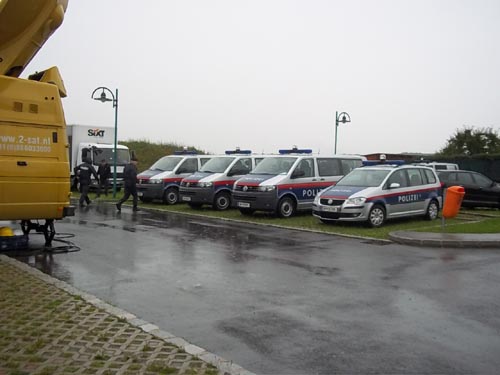 Heavy rainfall in the Burgenland area of Eastern Austria looked at one stage more likely to pose a threat to this game going ahead than some over-excited Turks. Concerns were raised over the condition of the grass pitch at the stadium following United's arrival and groundstaff worked on clearing excess water and opening up additional drainage before the players began their warm-up. 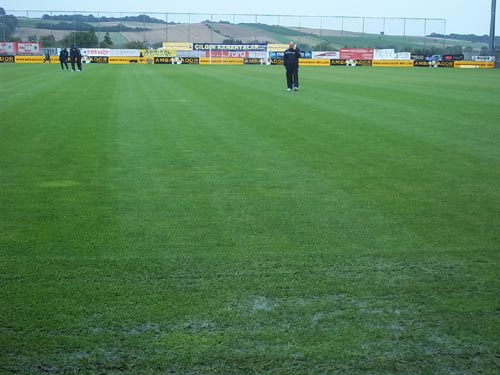 Given the number of Fenerbahce fans who had made the journey from Vienna and beyond though, a postponement never looked likely and with TV cameras set up to provide live coverage, switching the game to the full-size plastic pitch next door was never on the cards.

Thankfully the rain eased sufficiently before kick-off to allow the game to go ahead, once some remedial work to help sodden patches drain had been carried out - and the groundsman re-marked the pitch lines just before kickoff. 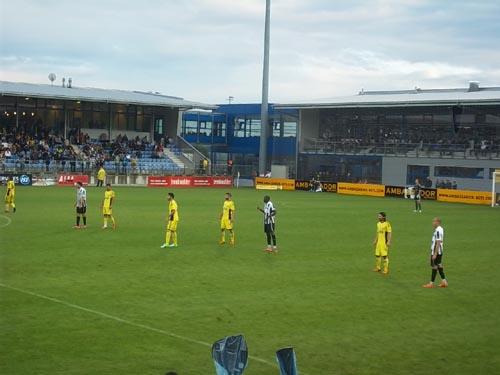 United calmed the boisterous boys from the Bosphorus with an impressive second half display that culminated in a first senior strike from Mehdi Abeid - only to then fail in scoring a second that their domination had warranted, and then concede a needless late leveller.

Non-combatants tonight were James Perch, Tim Krul and Steven Taylor, while Alan Pardew was forced into one late change when Romain Amalfitano was injured in the warm-up and Sylvain Marveaux deputised. That was one of eight changes from the previous starting XI, with Rob Elliot reurning and Fabricio Coloccini making a first appearance of pre-season alongside James Tavernier.

In a first half of few chances, Haris Vuckic - whose parents were supporting him from the away section - had a clear opportunity on 26 minutes but opted to move the ball on taking a poor backpass from Miroslav Stoch rather than taking advantage by shooting on goal.

And the Slovenian should have done even better when put through on the left side of the box but his low effort lacked power and was saved. Cheick Tiote then put in a fine cross for Dan Gosling on 40 minutes, but the midfielder's header just looped over the angle of post and crossbar.

At the other end, Elliot was untroubled by some long-distance punts, new boy Dirk Kuyt anonymous in a deep lying role and ex-United transfer target Moussa Sow unimpressive. Stoch did go close with a curling drive a minute after the break while veteran midfielder Alex shot narrowly wide after cutting in from the right soon after, but a breakthrough by either side didn't look particularly likely.

Half-time substitute Sammy Ameobi - on for Vuckic - combined well with Demba Ba on 55 minutes, but the latter's shot was blocked and the ball cleared. Ryan Taylor then almost opened the scoring just before the hour with a free-kick given after Sammy Ameobi's nimble footwork drew a foul - Taylor's 25 yard shot grazing an upright with Mert Gunok happy to watch it go wide.

Rather than lose impetus by making a raft of changes though, Newcastle's substitutions helped them to build up some attacking momentum, with Papiss Cisse looking particularly lively on his first appearance in pre-season. Removing Gabriel Obertan from the equation also didn't do any harm.

Marking a year on Tyneside, Mehdi Abeid then looked to have won the game for United and having seized the initiative United twice went close to adding a second in quick succession, Sammy Ameobi seeing his low drive (from a similar area to that which saw him score at Scunthorpe) saved and then elder brother Shola volleying an effort into the ground that bounced over the crossbar.

Cisse tried a typically spectacular effort in the 83rd minute but his long-range curling effort was tipped over. With a second friendly success in as many games looming though, Fener rather annoyingly equalised in what proved to be the final attack of the match - but that didn't really detract from the enjoyment of the occasion and satisfaction of defying the odds to get there.