10mins Krul's lengthy fling to Moussa Sissoko on the left initiated a quick counter-attack and as the ball was fed between Yoan Gouffran, Cheick Tiote and Loic Remy, Sissoko strode upfield to crash the ball home from 12 yards when Mathieu Debuchy delivered from the right flank.  1-0

42mins City's Honduran defender Maynor Figueroa player tapped a hopeful ball back towards his goalkeeper from just over the halfway line - only to sadly misjudge the strength of it and be rapidly overtaken by Loic Remy. The United forward hurtled upfield before evading McGregor and slotting the ball into an empty net. 2-0

46mins Mike Williamson illegally halted the progress of Shane Long on the Hull left, giving Tom Huddlestone another opportunity to ping the ball into the Newcastle area. This time his delivery tempted Krul into a vain lunge to reach the ball, Curtis Davies beating him to hit and heading in  2-1

55mins An aimless sideways pass by a City player was mis-controlled and reached by Cheick Tiote in his own half. Tiote's header was taken in his stride by Sissoko, who drove powerfully towards the half way line and clipped a forward pass towards the advancing Loic Remy.

Although a covering defender made the crucial contact, Remy's presence did enough to allow Yoan Gouffran to take the move on and he picked his way diagonally across the field before attempting a right footed effort. That was blocked by McGregor but fell nicely for Moussa Sissoko to arrive and  score from just inside the six yard box, with Luuk De Jong lurking behind  3-1

90+2mins Substitute Dan Gosling made his way into the City area before stumbling and although McGregor blocked Paul Dummett's shot from the left side of the six yard box, he couldn't keep hold of the ball and Vurnon Anita was able to supply a first-time side-foot home from close in. 4-1 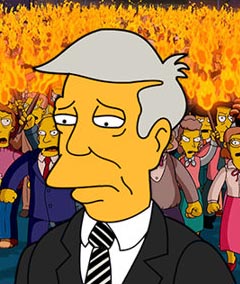 "I tried to push him away with my head and I shouldn't have done that. My team were terrific and it's only myself who had a poor performance. It was a heat of the moment thing. I massively regret it and I will have to sit down from now on.

"Of course I didn't mean to do anything aggressive. I did move my head forward and that's enough. Perhaps I need to sit down from now on. It's a shame because it's taken the gloss off a terrific performance.

"Of course I apologise; I represent a big club".

It was just a heat of the moment thing. Obviously I massively regret it. I think I am going to have to sit down from now on because that's about two or three incidents I have been involved in on the line.

"I didn't mean to do anything aggressive, but I did move my head forward and that's enough. It was just because of the situation, if I was on the other side of the line, that wouldn't have happened, perhaps it will teach me to sit down.

"It's a shame, because it took the gloss off a fantastic performance from us. That's really upsetting as well.

"He was right on top of me and I wanted to just ease him away from me but obviously I put my head in a forward motion. I want to apologise to him, everyone at Hull and obviously my own fans as well. I don't think it was a head butt. It wasn't a motion that was quick.

"Sometimes when you're on the sideline like that you can get involved in a moment like that. It was an incident that just flared up all around me. I just wanted to get him away, but with the forward motion... you can't do that.

"Of course, I'm not stupid enough to accept there's going to be no punishment. I'll have to accept whatever comes my way. I believe my behaviour over the years has not resulted in too many fines and sitting in the stands, but this one probably will."

"It was a great performance, it is very difficult to know where to start.

"We were in control, we got the early goal. The goalie (Tim Krul) had to make a magnificent save at 0-0 but after that, we were in total control. Every time we were on the break we looked like we were going to score.

"It's a great performance and I'm sorry for the players and our fans that I am going to take the headlines away from it, probably. I'm representing a big, big club here and I shouldn't be involved in stuff like that, so apologies to everyone concerned.

"We set the team up to be fast on the break, but we had to be strong defensively. Luuk (De Jong) had a lot of responsibility on Huddlestone. I thought he had a terrific game for us. He impressed with his all-round performance.

"Obviously, Mapou (Yanga-Mbiwa) came in for Colo. I thought Mapou and Luuk deserved special praise as well as Moussa (Sissoko), who had an outstanding game.

"I think his best performances have been down that side - people questioned putting him there at the start of the season, but he’s proved that that’s probably his best role."

"Newcastle United are disappointed with the actions of its manager Alan Pardew this afternoon (Saturday, 1st March).

"His behaviour was unacceptable and is not the behaviour we expect from the manager of Newcastle United.

"It is most disappointing that this incident has taken the focus away from what was a fantastic performance by the team and an excellent result away from home which leaves the club in eighth place in the Barclays Premier League.

"Sadly, the headlines tomorrow will not be focused on the result or the efforts of the players, but instead on the actions of our manager.

"Alan unreservedly apologised immediately following the game to the player, to Hull City Football Club and its fans, and to the fans of Newcastle United.

"We have held discussions this evening with Alan who has offered his sincere apologies to the Club and it is clear he deeply regrets his actions. Alan has accepted a formal warning from the Club in relation to his behaviour today and also a Club fine of Ł100,000.

"The Club is now drawing a line under this matter and will be making no further comment."

"I would see most roll around the floor in agony, David (Meyler) didn’t.

"He handled himself impeccably. he restrained himself. He was desperate to get after the ball, Alan steps in his way and there’s a tussle. After that it’s there for everyone to see. I won’t let it become a distraction.

"As far as we’re concerned it’s over for us. We accept his apology. I’m sure there will be huge ramifications and rightly so. I’m not going to shy away from that. I’ve never seen anything like it but we’ll let the FA and powers-that-be deal with it.

“We’re obviously outraged that the incident has happened and it’s a good job Meyler didn’t react in the way most people would have done. Then Alan would have been in big trouble. The whole thing is going to be about Alan Pardew rather than the result. In that respect it’s decent for us.

“We’re totally disappointed because we’ve had such a good week. Everyone was feeling good about themselves and we’ve shot ourselves in the foot. That’s what happens when you’re not at your best in the Premier League and making stupid mistakes.

“We’ve got to move on. It’s one of those awful ones where we’ve lost the game because of individual errors. That’s what’s difficult to accept. If your team doesn’t show or doesn’t try and you get well beaten then you hold your hands up, but we just made too many individual errors.

“It’s so unlike us. The reason why we’ve had such a good season is because we’ve prided ourselves on being difficult to beat and our organisational skills. Also our defenders playing well, but we gifted them goals.

“The second one is something you’ll see in a Sunday League game and it’s cost us the game. The third one is just as laughable.”

From the FA, Monday:

Newcastle United manager Alan Pardew has been charged in relation to an incident in his side’s game against Hull City on 1 March 2014. t is alleged that in the 72nd minute of the fixture, Pardew was involved in an incident with a Hull City player that amounted to improper conduct.

Due to the serious violent and/or aggressive nature of the reported behaviour this case has been designated as non-standard. Pardew has until 6pm on Thursday 6 March 2014 to respond to the charge.

We have been working with the FA and the football club to progress the matter appropriately.

Having reviewed the circumstances of the incident it has been agreed that the matter will be dealt with by the FA rather than considering any criminal proceedings. There has been no complaint received from the player involved or Hull City Association Football Club at this time.

Whilst we appreciate that some people may have found the behaviour displayed at the game on Saturday offensive, Humberside Police will not be taking any further action.