20mins Streete header from a corner. 1-0

64mins Streete header from a corner. 2-0 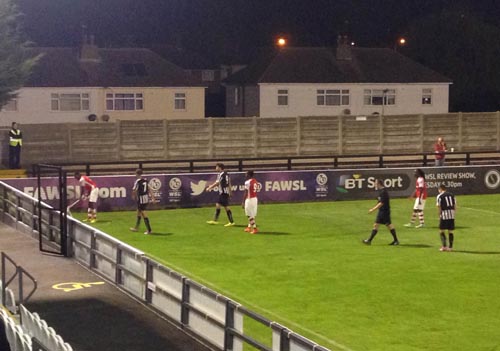 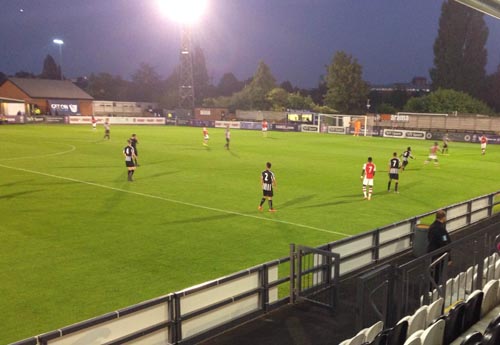 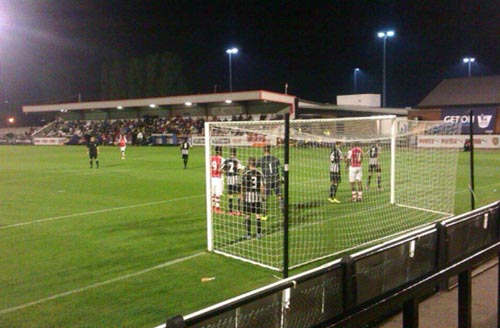 Two goals from Remie Streete made it three wins on the bounce for Newcastle's U21 side and returned them to the top of the table above Arsenal on Monday night.

The 19 year-old central defender twice headed in from corners and contributed a solid 90 minute display, as the previously-unbeaten Gunners were beaten at their adopted home of Boreham Wood's Meadow Park.

Streete's match-winning performance came in front of Port Vale chairman Norman Smurthwaite and interim manager Rob Page, with the League One side looking to seal a loan deal for the player.

With one eye on Tuesday's Capital One Cup meeting with Southampton, Arsenal made a host of changes to their usual U21 line-up, with striker Chuba Akpom not getting the opportunity to add to his six goals this season.

The hosts dominated the opening exchanges and Ainsley Maitland-Niles missed his shot when well-placed on six minutes, before the Magpies had crossed over halfway.

Gradually though the visitors started to apply pressure and Dan Barlaser saw a 15th minute shot deflected just wide, resulting in one of a series of Newcastle corners.

Barlaser then supplied the corner for the opener on 20 minutes that Streete headed past Matt Macey. And the Gunners custodian was then called into action after 40 minutes to tip away Shane Ferguson's fierce free kick.

Into the second half and with Arsenal still looking slightly disjointed, United youngster Callum Roberts broke away before shooting narrowly wide in the 58th minute.

Streete then neatly replicated his first half effort six minutes later, heading home Liam Smith's corner from the opposite flank to make it 2-0.

That belatedly stung Arsenal into upping their attacking efforts, Jak Alnwick flinging himself to tip Gedion Zelalem's attempt round the post after 75th minutes.

Arsenal did pull a goal back with a minute of normal time remaining, when a cross from the right across the box wasn't dealt with and Brandon Ormonde-Ottewill stole in unmarked at the back post to drive home.

However Peter Beardsley's side saw out three minutes of added time to claim all three points, go top of the table and extend their unbeaten start to the season to four matches.