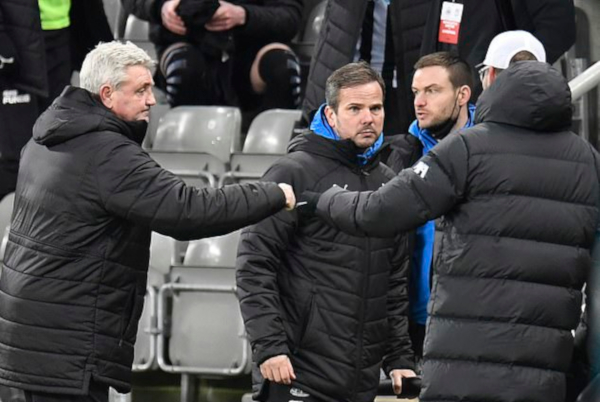 On the eve of his 60th birthday, Steve Bruce said:

"We rode our luck at times and our keeper has made a few saves which you have to when you're playing against one of the best teams in the country and in Europe.

But their keeper made a couple of great saves as well so I couldn't fault them to a man.

"We did cause a few problems for ourselves we need to improve on the ball especially late on we gave it away cheaply and caused ourselves a few problems with that but that's probably the tiredness and fatigue.

"They've put in a hell of a shift not just tonight but the other day against Man City as well.

"The goalkeeper has produced some great saves but the spirit and attitude and we created a few chances ourselves.

"When you play against arguably one of the best teams in the world you need a bit of luck but the spirit and the endeavour was there for all to see. I am delighted with them.

"We are trying to be a little higher up the pitch and I think that has been the case in the last few games. We've had Manchester City and now Liverpool so to get a point is terrific.

"The one thing you want is competition and you can see Karl Darlow is doing all he can to keep the shirt. He works tirelessly behind the scenes but of course Martin Dubravka has won all the plaudits and the player of the year award.

"we needed our second goalkeeper to step up and at the moment the jersey's his because of his performances. We've had to call on him a bit too much at times but there's no denying hes been terrific all season.

"(Callum Wilson is) a proper number nine, he's been terrific since he arrived and given us that goal threat and physicality.

"He leads the line terrifically well we have to improve to get him some support and something to feed off. In the final third that's what we need to do - defensively we do well but we need to convert it into opportunities for our centre forward.

"For us, we knew we let everyone down in a big cup tie. We blew it. We have to take the criticism that comes our way and accept it but I hope the supporters who watched this game today could really enjoy the performance.

"It was a great performance and let's look forward to Sunday." 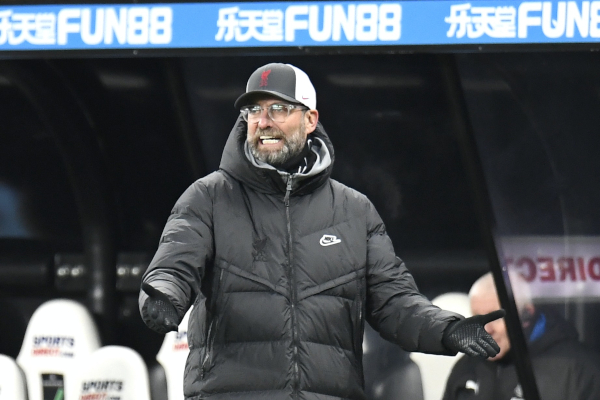 "We found a lot of solutions today, created chances but didn’t use them that's why it’s 0-0. But I liked the game – this is a draw which we are not happy with the result but I’m fine with the performance because that’s the way we have to play and protect we did all that but it’s still disappointing.

"It is how it is: we had all these moments – it’s normal. We had to keep going and they defended with all they had but then we were left with just one player up front.

"(We) played super football but we have to respect the result and take what was right and what was wrong. I don’t think much was wrong except the finishing and we have to just keep going and if we can finish those things then we will win football games.

"The last thing I’m thinking about is our position in the table at the moment. It’s nice but it doesn’t mean anything. We drew tonight and we are still top of the table so that just shows how difficult the season is for everybody. When life gives you lemons make lemonade.

"We have to keep going, next game, Southampton, Aston Villa, Man United and that’s good we know about our responsibility. We didn’t get the result we wanted but it’s not the worst thing in the world there are worse things happening."

"The Premier League is only good teams. We had big chances. The opposition is good and that happens all the time. You might not think I have to tip my hat to my team but I like the performance. It was really good, can we play better football? Yes, but in this game we did more than enough to win it.

"I think we had four 100% chances. We have won against Newcastle before with fewer chances. Tonight we didn't but we accept that. I am happy with the things I saw tonight and I can really work with that.

"The boys are frustrated and rightly so but not about the performance. It is a basis to build on for the next few days, weeks, months."

"We could see a lot of moments how good a footballer he is. Now we have to see how he reacts and all that stuff. We have another game in four days. James Milner played a super game in midfield after an injury break. Nat Phillips did his job against, really strong against 100% strikers.

"A really good game but not the result we want." 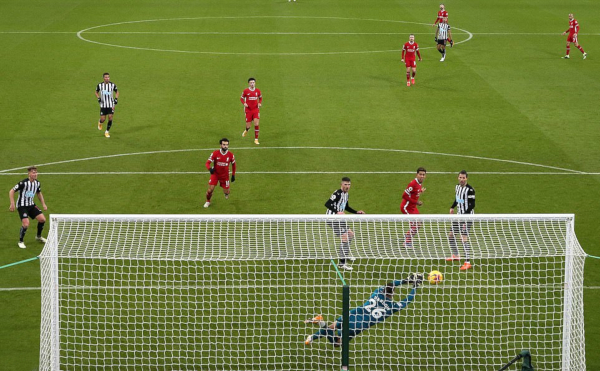 Newcastle ended 2020 with an unexpected but well deserved point against the Premier League leaders at St. James' Park on Wednesday evening.

On the night that Martin Dubravka was on the bench for the first time this season after recovering from injury, current Magpies goalkeeper Karl Darlow was in sparkling form.


And when Darlow was found wanting, his defence were on hand to clear the danger - most notably Fabian Schar, whose hooked clearance off the line in the 81st minute brought back memories of similar interventions by Alan Neilson and Barry Venison in the Entertainers era.

The collective efforts of those in black and white (and blue) secured their first home PL clean sheet of the season - and made them the first team in 22 league games to prevent the reigning champions from scoring.

Chances at the other end remained at a premium, but Newcastle retained their discipline long enough to fashion one genuine scoring opportunity in the 79th minute; Ciaran Clark's header bringing a block out of Alisson, Callum Wilson lurking to feed on any scraps.

That chance arose after Joelinton drew a foul midway down the United right and Ritchie stole a yard and sent in the free kick. Sadly that was a rare set piece success by the hosts, who otherwise passed up the opportunity to put pressure on the visitors with some off-the-cuff efforts.

Steve Bruce claimed to have seen evidence of renewed commitment from his side in the Boxing Day defeat at Manchester City where few others did, but tonight that desire was more evident.

The presence of Matty Longstaff gave United more bite in central midfield, allowing them to play slightly further up the pitch than of late. His forward pass meanwhile that led to Wilson testing Alisson after 12 minutes was the best played by any home player all night.

The team were also collectively less passive and at least tried to defend from the front. Given that and the off night that Liverpool endured in front of goal, the absence of a crowd and Allan Saint-Maximin might even have been the difference between one point and three for United - roaring them and him on against something of a makeshift Reds defence at the Gallowgate End.

As it was, there were parallels with some of our better home results against "big teams" in recent seasons, under both Bruce and Rafa Benitez. Staying in the game is the most obvious, but the energy and eagerness meant that the infamous short blanket was less evident than of late.

A similar test awaits Newcastle at home to Leicester City on Sunday, with at least one change required due to the suspension of Isaac Hayden - who picked up his fifth booking against the Reds. It seems likely though that further changes will be required, given the effort levels tonight.

And by then we'll be into 2021, and the entire back five fielded here (Yedlin, Murphy, Fernandez, Clark, Schar) will be into the final few months of their current contracts. On that basis, the lure of facing Liverpool on global TV may have been more persuasive than Bruce's team talk. Shame that the same attitude didn't pervade for the Brentford cup tie.

Tonight belonged to the man behind them though, who quite literally saved his manager's bacon - denying Mo Salah before half time, Firminio after the break and then both of them in succession after an 87th minute corner.

Undoubtedly United were fortunate and there may have been few opportunities for TV watchers to smack* their lass with a Christmas tree in celebration of a winner, but for once this was worth tuning in for.

* we'd like to apologise to anyone offended by the original draft of this report, when we misquoted the great Harry Palmer by saying smack their lass with a Christmas tree. It's definitely slap.