18 mins Burnley pushed down their left and Chris Wood drew Ciaran Clark and Federico Fernandez before pulling the ball back for Matej Vydra to fire in the opening goal. 0-1 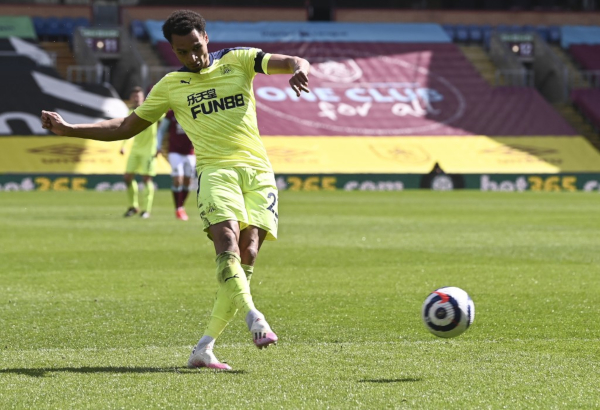 59 mins Allan Saint-Maximin reached the right hand byline before twisting back and teeing up Jacob Murphy. He drove home through a crowd of players in front of the David Fishwick (away) Stand. 1-1 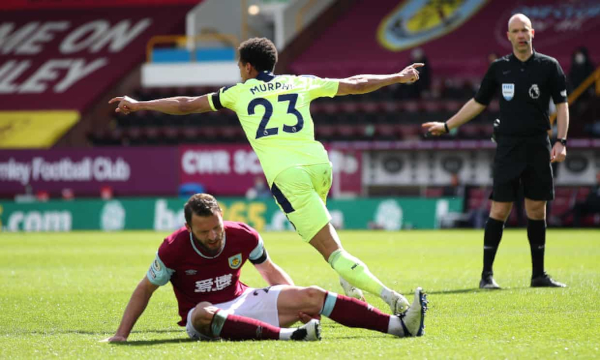 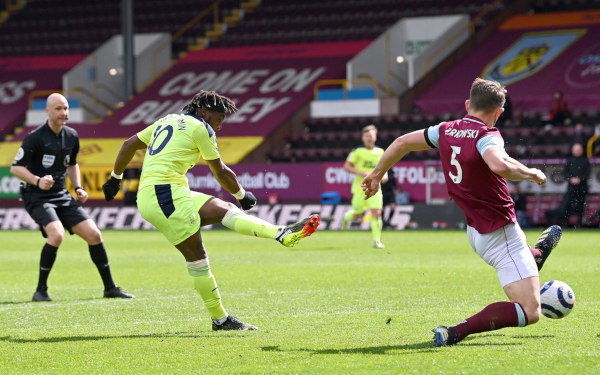 64 mins Jonjo Shelvey picked up a clearance in his own half and played it forward to Allan Saint-Maximin in the centre circle. He jinked forward with the Burnley defence backing off and Callum Wilson in space to his right.

ASM reached the edge of the box before cutting back across and firing a left-footed effort between the goalkeeper and his left hand post. 2-1 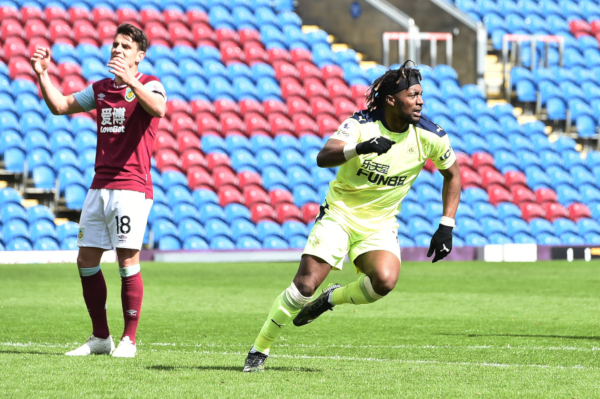 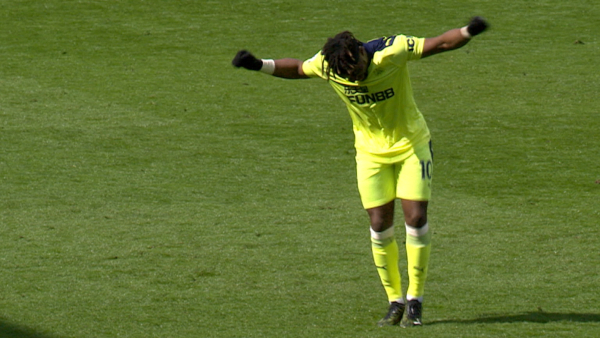 "I will say it was a tactical masterclass - they’ve had big injuries. You see what we’ve missed. It’s not rocket science: we need our best players.

"This win is big but there's still a bit to go. Certainly it's a helping hand. It's an important game, so to win it was very good.

"It's been difficult with our injuries. You can see what Allan Saint-Maximin brings to the team. We've missed that bit of quality and excitement.

"To be missing your top players constantly, it affects teams. We didn't play well enough in the first half. Second half we were a different animal. We can improve of course but it's there for everyone to see.

"We can't get carried away but back-to-back wins in the Premier League is huge (erm...we drew 2-2 last week.....) It sets us up nicely, we've got some tough challenges but this helps.

"Let's hope our players stay fit. As good as I think I am, I need our best players .

"We've still got a long way to go, a lot of twist and turns as that's what the Premier League is.

"For me it's always been about the accumulation of points. There's a points tally you have to get to and we're creeping towards it.

"To come and win here is a big result for us. Burnley are very good, for me Sean Dyche doesn't get enough praise. We needed our goalkeeper to play well which he did."

On Wilson and Saint-Maximin:

"They weren't capable of doing 90 minutes. The question was, can they make an impact?

"We've been without them for so long, you can see what they bring. We know when we have people like them in the team you can see the impact it has.

"Without our biggest and best players it's been a struggle."

On the VAR penalty refusal:

"For me it's a penalty because it's dangerous play. We saw the boy get sent off for Leeds for dangerous play yesterday. Wasn't that dangerous?"

"It was a very dominant performance and it's disappointing that you don't get anything from the game, but that's football. You've got to turn the key moments in your favour, which we sort of nearly did but didn't quite see it off.

"The second goal was going to be important and we didn't get that despite creating enough.

"They were two relatively soft goals. The first one we didn't get the blocks in a place where we'd normally deal with it, and the second one we dropped too deep and allowed the lad to show a bit of talent but though I'm disappointed with the result I'm not disappointed in the performance.

"It's never over till it's over. The gap is still a strong one we are more focused on the games. The league table is where it's at at this stage. It's not who you're beating, it's getting points on the board.

"People forget – although I don’t – that after seven games we had two points and now we are where we are. If you’d told me we’d be where we are at game seven I would have taken it.

"But you’re greedy in football. We played well for large periods of the game last week and didn't see it through and we did the same yesterday.

"You always want performance levels to be right and ours are not miles away, especially yesterday. That was as dominant a performance as we've had but you've got to take that dominance into winning the game.

"You're always disappointed when you lose games. But after game seven we had two points, so if you'd have told me we'd be here now I'd have taken it all day, so we've got to be a little bit careful particularly when the team is actually performing.

"There is definitely life in those performances and that's important going into the last games of this season. But we have got to tidy up the details as they are massively important.

"We've got more strength in the building, but it's been a tough season for that. We've hardly ever had a full complement and we still haven't.

“We are stretched as we have been all season and we certainly are at the moment. That's been a challenge for us, but I don't want to start making excuses. That's been there all season.” 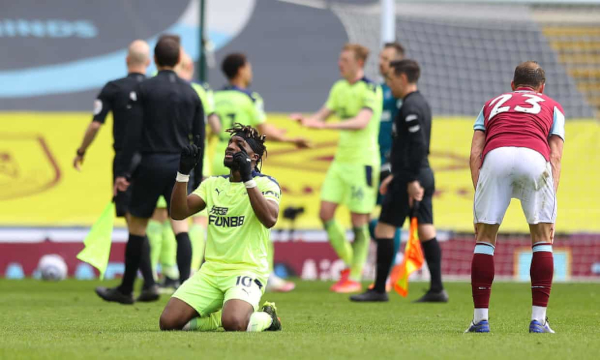 Newcastle collected what could be a priceless three points in their bid to retain top-flight status on Sunday, thanks to the interventions of super sub Allan Saint-Maximin.

The Frenchman was introduced just before the hour with his side trailing to a first half strike from Matej Vydra, almost immediately teeing up Jacob Murphy to drive home a fine equaliser.

And within five minutes, Saint-Maximin had jinked forward to fire in a solo effort reminiscent of the one against the Clarets on Tyneside back in October.

That set the yellow-clad visitors on their way to a first win in eight attempts; Burnley a continual threat from corners but grateful to James Tarkowski for a late goal-line clearance that denied Miguel Almiron a third.

And while the plaudits rightly went to ASM, goalkeeper Martin Dubravka's contribution was invaluable - not least in preventing Paul Dummett from netting an OG that would have given Burnley a crucial 2-0 interval lead.

With Jamaal Lascelles added to an injury list already including Isaac Hayden and Fabian Schar, United retained the 3-5-2 structure that they began with in last weekend's 2-2 home draw with Spurs.

While the wing backs were unchanged  Dummett found himself flanked by Ciaran Clark and Federico Fernandez - the latter returning after a 13 game absence.

Steve Bruce resisted the temptation to alter the rest of the line-up, fit-again Callum Wilson joining Saint-Maximin on the bench as Joelinton and Dwight Gayle were given another chance up top.

The opening half hour verged on the shambolic for a United side struggling to pass the ball and looked ill at ease when coping with the expected aerial threat of the hosts. Given the food-related quotes from Friday's press call, it's fair to say that we were making a meal of being in the lunchtime slot...

Dubravka had already made a noteworthy block from the first of multiple corners before Burnley pushed down their left and Chris Wood drew Clark and Fernandez before pulling the ball back for Vydra to fire in the opening goal.

The first stirrings of a Magpie revival came when Gayle supplied a close range finish that didn't count due to an apparent offside - although footage of the visiting bench watching reruns suggested that it was rather less clear cut than it seemed on first inspection.

From a similar position Gayle then saw an effort blocked by Bailey Peacock-Farrell, Sean Longstaff taking a boot in the head from Tarkowski as he got to the rebound.

A VAR check was called for what looked like dangerous play, but no penalty was awarded - insult added to injury in the second half when an identical challenge on Longstaff in the centre circle was penalised by a free kick award.

United reappeared for the second period with no changes, but a lack of progress soon saw Wilson and ASM replace the front pair - the latter supplying a pull back from the right hand byline for Murphy to level.

Captain Jonjo Shelvey then supplied a forward pass from his own half that  ASM seized on; a clutch of defenders fatally standing off the man in the yellow jersey as he jinked forwards and tucked the ball between the 'keeper and his left hand post. One can only imagine the scenes of delight that goal would have prompted in the adjacent away section in normal circumstances.

The win leaves Newcastle six points clear of third-bottom Fulham with a game in hand, level on points with Brighton and just one behind Sean Dyche's side.

Given the sequence of games that now follow for United - facing four of the current top six - victory here was absolutely pivotal to our survival hopes. The job is by no means done, but things look a damn sight brighter than they did at half time here.

And for a global audience of Toon followers, there was a welcome chance to savour the success of their own team - rather than cheering on the exploits of whoever is playing against bloody Brighton or Fulham - hardly an unreasonable expectation.